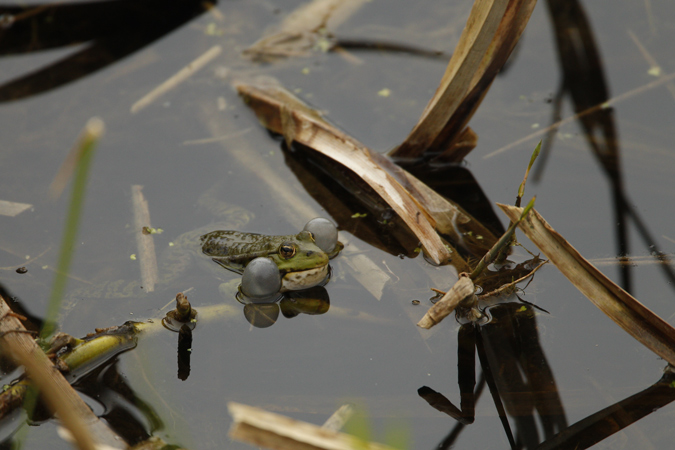 Marsh Frog in full song
Managed at last to get out for the first time this year to Tophill Low with my camera. Arrived at 5.30 am to a chorus from two Cuckoos who were later accompanied by the Marsh Frogs. Unfortunately I managed to miss the Osprey flying over the resevoir at around 9.30 am but managed some good shots of the Marsh Harrier and the Marsh Frogs.

The Greylag and Canada Geese also made for a very noisy day !
Blog
PreviousNext